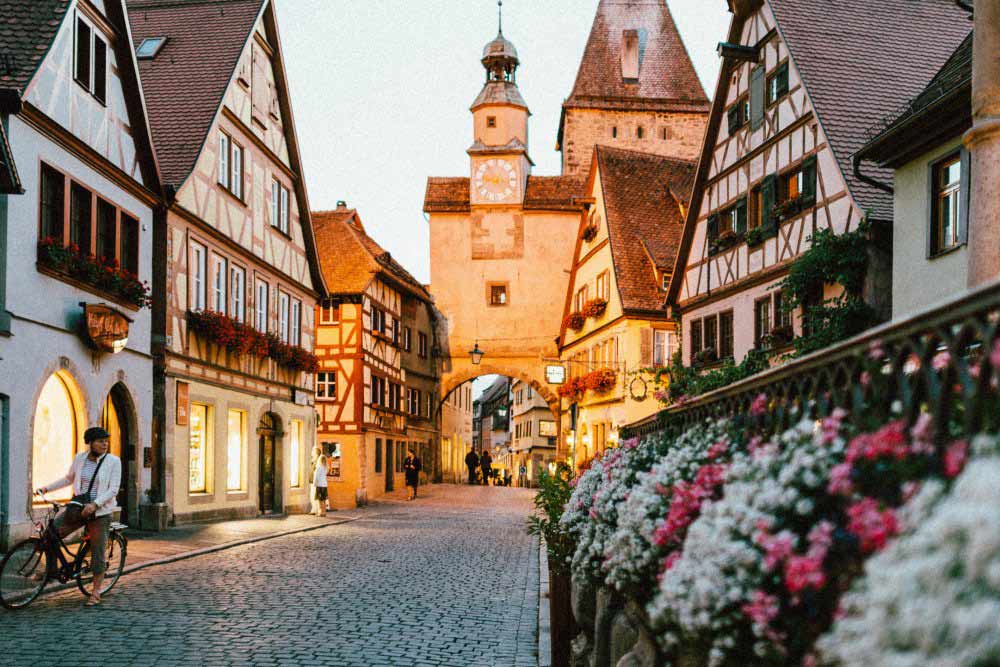 US Expat Taxes in Germany: A Complete Guide

As a US expat living in Germany, you may find yourself wondering what taxes you need to file—and when. Here’s what you need to know.

Living as an Expat in Germany

Germany is home to a wide variety US of expats. This is due to the many Americans who choose to live abroad in Germany, as well as the international headquarters and US military bases throughout the country.

But what are Germany’s taxes like for US expats? Let’s take a look.

Germany Taxes at a Glance

The first question most Americans living abroad in Germany have is whether they should file their taxes with the US government or Germany. Well, in many cases, the answer is both. This is because:

The good news is that because of the US-Germany tax treaty, expats generally won’t have to pay taxes twice on the same income. However, that still leaves German taxes, which are notoriously complicated. In fact, Germany has one of the most complex tax systems in all of Europe.

To clarify what taxes you may have to file—and pay—here’s a rundown of how Germany’s taxation policies impact US expats.

Who Has to File Taxes in Germany?

Expats who qualify as tax residents of Germany will be taxed on their worldwide income, while non-residents are only taxed on German-source income. In either case, if your only income is a salary or wages from a German employer, you may not have to file a tax return. This is because your employer will most likely withhold your taxes at the source.

US expats living in Germany generally only need to file a return if:

However, even if you aren’t required to file a tax return as a resident, it can still be wise. There are quite a few potential tax deductions and exemptions that aren’t automatically applied to employee tax withholdings. By filing a return, you can claim these credits and receive a refund.

Who Qualifies as a Tax Resident in Germany?

As a US expat living in Germany, your nationality and long-term intentions have no bearing on your residency status. Instead, anyone who has a domicile or “habitual abode” in Germany is considered a resident for tax purposes.

If an expat doesn’t have a domicile or habitual abode in Germany, they are a non-resident.

Once you qualify as a tax resident, you can eliminate your residency by simply moving out of Germany—as long as you don’t maintain a permanent residence in Germany or have lingering financial ties to the country. Even if you’re a German national, leaving the country is sufficient to cut tax ties. There’s no exit tax involved in leaving your tax residency status, either.

Germany Tax Rate vs. US

When you look at Germany tax rate vs. US, Germany’s tax rate is relatively high in comparison. Though you pay more to German tax authorities up front, the benefit you gain is savings on your US tax return when filing with the IRS as an American expat living in Germany.

Taxable income in Germany is employment income, post allowable and standard deductions. The tax threshold is currently EUR 9,408 for a single individual and EUR 18,816 for those married filing jointly. The progressive tax rate is based on income and the first cap is 42% at EUR 57,051. This rate will then be applied until the second threshold, EUR 270,500, is reached. Any income surpassing EUR 270,500 will be taxed at 45%.

What Types of Taxation Does Germany Have?

The various forms of income are taxed at progressive rates.

Below, you can see the most recent German income tax rates for single and married residents. (All amounts are given in euros (EUR).

Germany taxes capital gains, with the rate depending on the nature of the gain.

Pro Tip: If your individual tax rate is lower than the options above, you have the option of being taxed at your customary rate instead.

Germany levies a tax on inheritances and gifts, with the rate ranging between 7% and 50%. (Exemptions are available in certain circumstances.)

If you are a registered member of an official church, you may be subject to a church tax on your income. The exact rate varies, but usually hovers around 8%–9%.

This unusual tax is for pet owners who buy a pet instead of adopting a rescue. These taxes are intended to help cover waste pickup and keep pet numbers low.

Property is taxed at the municipal level, with the exact rate varying based on your location.

The German solidarity surcharge (Solidaritaetszuschlag) isn’t a tax per se. It’s an additional fee attached to the income tax, capital gains tax, and corporate tax. However, only about the top 10% of earners are subject to this fee.

For those who are subject, the rate is 5.5% of whatever tax payment the fee is attached to.

Because Germany is part of the EU, services and sales are subject to a value-added tax (VAT). The standard rate for this tax is 19%, but certain items, such as food and books, are taxed at a rate of 7%.

Business owners are required to submit electronic quarterly VAT (value-added tax) returns by the 10th day of the subsequent month and pay any amount of VAT that is due. A refund may apply if the input tax exceeds the VAT. If the tax for the prior year exceeds EUR 7,500, once-a-month preliminary returns are an additional requirement.

Pro Tip: Expats can typically deduct the VAT charged on inputs from VAT that are payable on related output.

Like the US, Germany has a social security system in place to provide for its citizens and residents. This could lead to confusion over which system a US expat living in Germany should contribute to. Fortunately, the US-Germany totalization agreement establishes rules for social security contributions.

Self-employed Americans living abroad in Germany may choose to contribute to either social security system.

If you pay into a German pension system for at least 60 months, you are entitled to a partial pension. You can also transfer a foreign pension to Germany if you plan to retire there. (The German retirement age is 65–67, depending on your birth year.)

Does the US Have a Tax Treaty with Germany?

Yes—the US has a formal tax treaty with Germany. This US-Germany tax treaty helps US expats avoid double taxation while living in Germany.

The US also has a totalization agreement with Germany, which clarifies whether an American living abroad should contribute to the German or US social security system.

What Tax Forms Do Americans Living in Germany Have to File?

Most Americans living abroad in Germany will have to file an annual income tax return with the German government. The form you use will depend on your personal situation.

Regardless, the deadline for filing your German annual income tax return is July 31. However, if your taxes are prepared professionally, that deadline automatically extends to December 31. Additional extensions are also available in extenuating circumstances at the discretion of the tax authority.

Pro Tip: Germans who have their taxes taken out automatically by their employer have up to four years to submit tax returns.

As an expat, if you own non-US financial assets above certain thresholds, you must file a FATCA report. The specific threshold for your finances will depend on your filing status and whether you qualify as a bona fide resident of Germany.

What Tax Deductions Are Available for Expats Living in Germany?

Because of the US-Germany tax treaty, most Americans living in Germany are already exempt from double taxation. However, the IRS also provides several other potential tax credits and deductions for expats, such as:

We hope this guide has given you a better understanding of how Germany’s tax policies impact US expats. If you’d like to learn more, though, our team of tax experts are here to help.

At Greenback Expat Tax Services, we’ve spent years helping expats optimize their financial strategies and file their taxes accurately and on time. Just contact us, and we’ll be happy to answer any questions you have.