Filing taxes can be a confusing process for anyone. For Americans filing as dual-status aliens, things only become more complicated. Fortunately, you don’t have to figure it out on your own.

In this guide, we’re going to look at what you need to know about taxes for dual-status aliens.

What Is a Dual-Status Alien?

A dual-status alien is a person who is considered both a resident and non-resident of the US within the same tax year. This usually happens when a non-US citizen moves to or from the US.

For example, let’s say Sofia is a Mexican citizen. In June of 2021, she obtained a visa and moved to the US, where she remained for the rest of the year. Because she was a non-resident for the first half of the year and a resident for the second half, she would be considered a dual-status alien for tax year 2021.

To understand whether you’re a dual-status alien—and how you will be taxed if you are—let’s look at the differences between residents and non-residents.

What Is the Difference Between a US Resident and Non-Resident?

However, not every day spent in the US will count equally towards those numbers. The math can get complicated. Consult a qualified tax professional to learn more.

What about non-residents? Well, being a non-resident simply means that you aren’t a resident. If you do not meet the standards of the Substantial Presence Test and you do not have a Green Card, you will be considered a non-resident for tax purposes.

How Are US Residents Taxed?

US resident aliens are taxed on their worldwide income. Most forms of income are taxed at the same progressive rates regardless of the source (e.g., salary, wages, self-employment income, etc.)

Below, you can see the US income tax rates for single residents.

In addition to the income tax, self-employed residents must also pay a self-employment tax. This tax covers the Social Security and Medicare contributions that would typically result from an employer-employee relationship.

Residents file their taxes using IRS Form 1040: US Individual Income Tax Return. They may use a variety of filing statuses depending on their personal situation, such as:

These filing statuses can open the door to certain tax benefits.

How Are US Non-Residents Taxed?

Now let’s look at how non-resident taxes differ from taxes for residents.

Non-residents are not required to pay the self-employment tax.

When filing US taxes, non-residents must use one of the two following forms:

How Are Dual-Status Aliens Taxed?

As a dual-status alien, you are considered both a resident and a non-resident in the same year. This means that you will have to file two tax returns, one for each status.

One of these will be your main form, while the other will serve as an “informational attachment.” Your main form is determined by whether you were a resident or non-resident at the end of the year.

In most cases, a dual-status alien cannot file a joint return with their spouse. However, there is an exception to this if all of the following apply:

If each of these is true, you and your spouse can elect to file a joint return as residents—even if both of you would otherwise be dual-status aliens. The tradeoff is that your income for the entire year will be taxed at resident rates, even for the portion of the year when you were a non-resident. However, you will also be allowed to claim certain tax benefits unavailable to non-residents.

Consult a qualified tax professional to learn the best choice in your case.

Every US citizen is required to file an annual US tax return no matter what country they live in. However, many Americans living overseas are unaware of this tax obligation.

If you’re one of the countless expats who didn’t know they had to file a US tax return, don’t panic. The IRS provides an amnesty program to help expats come into compliance without facing any penalties. It’s known as the Streamlined Filing Compliance Procedures.

Get Reliable Help from an Expat Tax Specialist

We hope this guide has helped you understand how taxes work for dual-status aliens. If you still have questions, we have answers. In fact, we can even help you prepare and file your expat taxes on your behalf.

At Greenback Expat Tax Services, we help Americans living abroad manage their US tax obligations. Just contact us, and we’ll be happy to help you in any way we can.

Learn more about our services and flat-fee pricing to file your US expat taxes. 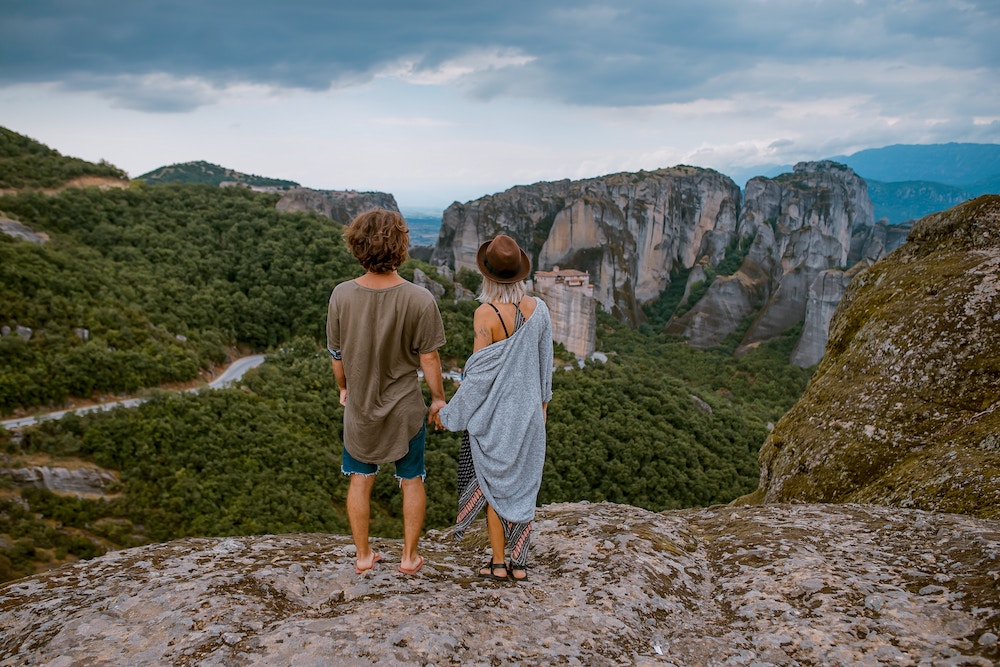 So, You’re an Accidental American. What’s Next?